For 2021, the Men’s Series will consist of five (5) Qualifier Events. Clubs will  have the opportunity to  attend three (3) of the five (5) events as the Men’s Competition will be split into two (2) conferences for the first two (2) rounds of competition.

The Women’s Qualifier Series will consist of three (3) Qualifier Events:

The top four (4) Men’s teams from both Eastern and Western Conferences and the top eight (8) Women’s teams will compete at the MWRFU 7’s Championship on Saturday, July 24 at Cin City 7’s being held at Brimelow Fields in Cincinnati, OH.

Tournament Organizers will have event specifics soon. Details on any National Championship event are still to be determined. For more information, please contact the following individuals responsible for the Midwest 7’s Series:

Teams planning to participate in the series can sign the Team Participation Agreement here. 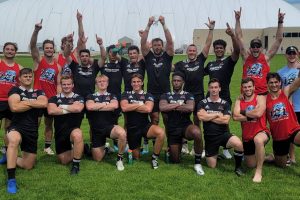